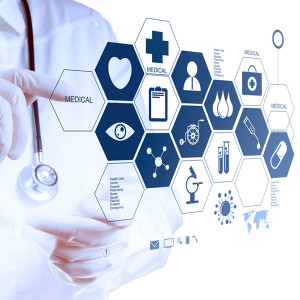 At the risk of revealing my age, I must confess that I have been practicing medicine for a few years. A few being roughly 17. The term “alternative medicine” would have caused an eruption of snickers from those of us practicing “real medicine” back in 1997. At the time, I thought the whole concept of alternative treatment was not only comical but potentially dangerous. Many of my patients agreed with this flawed assessment which was lucky for me since I wasn’t up for convincing them of my ignorant mentality. I entered medicine with all the answers but as the years ticked by, I found myself knowing less and less. By the time I had been in practice just over 15 years, I was confounded by all the information I didn’t have. That was when I began my search for answers outside of my comfort zone. It was a bit like diving into a pool when you are stone cold dry…it’s shocking and exhilarating all at the same time.
Americans spend over $34 billion annually on alternative medicine according to a 2009 survey performed by the US Center for Disease Control. Clearly, as a nation we are ready and willing to embrace the alternative world. The same survey shows that one out of 3 adults in the US use some form of alternative medicine. But what exactly is alternative medicine? Is it better than traditional medicine and most importantly, why isn’t it covered by insurance? We can’t define alternative medicine without first defining traditional medicine. A critical component of traditional medicine should conform to the rigors of scientific scrutiny. Well established treatments should be proven to work and preferably proven true in rigorous clinical trials or in other words through research. Think of the concept of a sugar pill which has no therapeutic value. If I compare treatment X to a sugar pill, treatment X ought to work better than the sugar pill and with minimal side effects. So is everything we do in traditional medicine scientifically proven to work? Yes and no. Some of what we do is based on expert consensus. That’s sort of like when your wealthy friends and family members tell you to invest in a certain mutual fund and you do so because you believe they must have more expertise in mutual funds than you do. I’ve been burned both in and out of office on such advice. Sometimes we are told something works because the treatment follows the dictates of common sense. Ironically these are often the treatments that are later proven not to work.
Most treatments proven to work will fall under the rubric of medication or surgery. By medication, I am referring to a chemical compound that was conceived and developed by human beings and can therefore be patented. That means big bucks for the guy that got the patent. Occasionally there is recommended treatment which differs from surgery or medication, such as steroid injections, most osteopathic/chiropractic manipulation, and physical therapy. These treatments all work on the physical make-up of the body. The treatments change the tissue either through chemical or surgical means.
Looking at the other side of the coin, alternative medicine has often not been proven to work in scientific studies (hence the reason why insurance will not pay for it). The explanation as to why there is a lack of adequate studies can partially be explained by the fact that compounds which exist in nature (example herbs and human hormones) can’t be patented and therefore are not going to be big money makers. Hence the lack of research funding to study them. This can also be explained by the fact that it is difficult to develop a rigorous placebo controlled trial with a compound that is not regulated by the FDA in terms of purity/manufacturing. Often those non-chemical modalities requiring study are not amenable to a research study, for example acupuncture. Furthermore alternative medicine branches out into types of medicine that no longer work on the physical make-up of the body. Acupuncture and Neural Therapy work on the energetic aspect of the body as does homeopathy. These are brilliant therapies that are not only effective but often safer than medication or surgery. However, our current research designs are unable to prove they definitively work since there is no adequate placebo.
As a physician who has the skill to perform both modalities, I often feel as though I am asked to practice with one hand tied behind my back in either of my offices. I look forward to the day when I am able to use ALL my skills for a given patient and not just some of them. In order for this to occur, two things need to change: 1 – How we pay for healthcare and 2 – Expansion of our research paradigm. As healthcare finances spiral out of control, we need to make a decision on whether we want more of the same or are we ready to jump into something different while still keeping what we know works. I believe the answer lies in alternative medicine and trust me, the water is just fine.

Dr. Brobyn is a board certified Family Practitioner with over 17 years of clinical experience. She is also an established medical educator . Several years ago, Dr. Brobyn took her skills to a new level with a pursuit in alternative medicine. She completed her training in medical Acupuncture through the Helms foundation in 2011 and now practices an innovative and highly effective combination of alternative therapies as an associate at the Chung Institute of Integrative Medicine in Mooorestown, NJ (www.chunginstitute.com). With the unique, non-traditional approach practiced at the Chung Insititue, she is able to offer hope to those who have been unable to find answers through the standard medical paradigm, specializing in those difficult to treat illnesses such as fatigue, chronic pain, gastrointestinal discomfort as well as hormonal and nutritional imbalance.