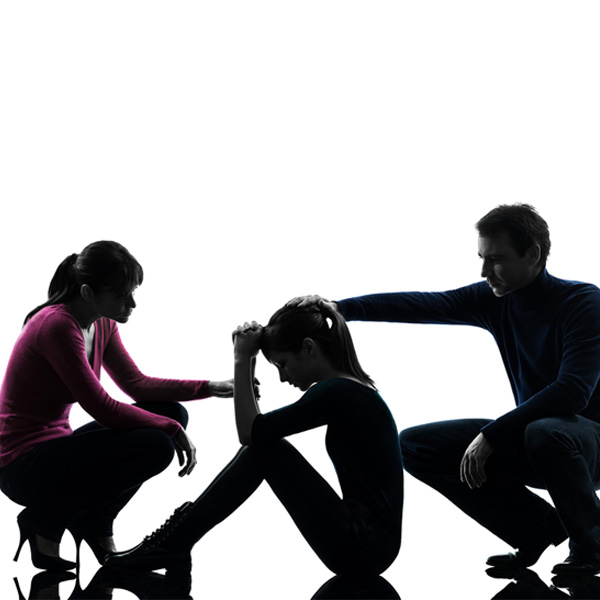 Our teenagers; They are hard to figure out. One minute they are on top of the world and the next thing you know they are acting like it is end of the world. If you ask them about their constantly revolving moods they are as baffled as we are? What’s a parent to do?

Clinical depression was once thought to be a mood disorder which only affected the adult population. Over the past two decades the mental health community has not only discovered depression impacts our adolescent community but has been identified as one of the leading causes of death among our youth.

As adults it is easy to minimize the angst of adolescence and the emotional roller coaster that accompanies this developmental phase of life. While moodiness is certainly part of the teenage territory it is important for parents and educators to be aware of the common symptoms of depression and how it typically manifests in adolescence.

Depressive symptoms are normally outside of the individuals baseline of what is normal for them and their personal temperament. Clinical symptoms are not intermittent. Symptoms are experienced for at least two weeks and last most of the day, everyday.

Symptoms in teens tend to be demonstrated through behaviors such as extreme irritability, physical aggression, hostility and hypersensitivity . Many teens are brought into counseling because of behavioral problems and often labeled as oppositional and defiant or even as having conduct disorder.

Physical symptoms of depression are often seen in an increase in aches and pains such as headaches and digestive problems. Sleep and appetite disturbances are often experienced as well as cognitive symptoms such as difficulty concentrating, memory and thought of excessive guilt or worthlessness.

Other behavioral changes to be aware of are substance abuse, drop in grades, isolation and self injury such as cutting or burning one’s self.

From a biological perspective, just being a teenager puts one at risk for depression. Neuroscience has discovered our bodies produce the lowest amount of serotonin (a feel good neurotransmitter) during adolescence. Puberty marks a time of extreme and rapid hormonal changes which also play a role in the fluctuations of feel good neurotransmitters in our bodies. Family history of depression or other mental disorders creates a higher risk for depression as well.

Stressors such as school performance, home environment, peer relationships , etc., can be difficult for teens to cope with. Without the proper tools or support these pressures can be experienced as chronic stress which in turn keeps the body in a continuous state of hyper-arousal thus perpetuating the long-term activation of the stress-response system. This will result in excessive levels of cortisol and other stress hormones which in turn interferes with many of the body’s processes. This puts the individual at increased risk of numerous health problems, including many mental health disorders such as depression and anxiety.

While there are various recommended treatments for depression the prevalent belief is depression must be treated and as quickly as possible.

If you suspect your teen or one close to you is depressed, consult with an expert such as a medical professional, psychiatrist or licensed psychotherapist who specializes in adolescence and mood disorders.

Research and become educated about teenage depression. Talk to others who are in close proximity to your teen and are likely to be aware of changes in their behavior such as teachers, coaches, friends and family.

Most importantly, do not ignore the issue. Consultation with a professional will help identify if the symptoms are clinical in nature or more within the normal range of teenage development. A professional consultation will explore treatment approaches such as talk therapy, specific lifestyle and nutritional changes, alternative medicine and psychopharmacology.

While depression can be a very debilitating disease it is a very treatable disorder. A good prognosis is increased with quick diagnosis and treatment.

END_OF_DOCUMENT_TOKEN_TO_BE_REPLACED

4 thoughts on “Teenage Depression or Transition into Adolescence?”