Home / Divorce / How to Test Drive Your Divorce 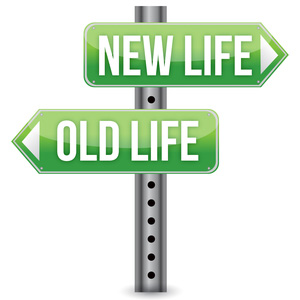 Things change constantly; when we put things in writing they’re final. Test driving gives you an opportunity to move along and see if the parenting plan works. Do the trading off times work? Do the pick and drop off locations work? Does the couple need to move around other pieces, especially if they’re doing a shared parenting time? They want to be able to know what’s working, what’s not working.

The other piece of it is on the financial side. And the financial piece kind of gives them the opportunity to make sure they’ve captured and covered all of their expenses. Do I have enough money to live? Can I meet my expenses? Am I being paid enough child support and alimony? So, it’s really a chance to put a divorce together and test drive it before it’s finalized.

The Advantages of Test Driving Your Divorce

The advantages of test driving your divorce are you actually get to see how it works, rather than the unknown. In a standard divorce, you get child support and alimony, and you go through and say, “Here’s what I’m being paid.” And then you’ve got to make your budget fit that amount. When you test drive your divorce, if your budget doesn’t fit, then you can go back and make adjustments on it.

I had a young couple, they had two children. Dad worked, mom did not work. Mom was out of the workforce for several years. They had come in, they did their parenting plan with a coach, and then they test drove it.

Then dad said, “What if I have to travel? How are we going to handle this?” So they had the opportunity to test drive it. On the financial side, mom was going to keep the house. Dad was going to get an apartment, and he was going to pay child support and alimony to mom for a period of time until mom got a job and got situated. After four months of being in the house, mom realized she really didn’t want the house. It was hard for her to go out, get a job, and keep the house.

So, they came in and said, “We want to rework some of our financial numbers.” After looking at the numbers, mom decided that she should have an apartment and dad should maintain the house. Dad moved back into the house. He was able to refinance the house, get mom’s name off of it, where mom could not refinance at that point. He pulled cash out to buy mom’s equity out, and gave that to mom. Mom now had a nest egg, she had an apartment which was suitable for her and the kids when they were there, since they had 50/50 parenting time.

Mom then was able to go out and get a job. Three years later, she’s still receiving her alimony and she’s working. Her alimony is going to begin to reduce at some point and her income will pick up. So, they’re both very pleased with their plan. They said,“Yeah, we’re testing it to make sure. We didn’t want to get into something that we couldn’t commit to or that wasn’t going to work for us down the road.”

Test driving your divorce doesn’t work for every single couple, obviously. I think it only works for special couples when they really and truly are able to come in and see what’s going to be best for both parties.

How a Coach Can Help

If you’re working with a coach to help you with the emotions and with the parenting plan, that person is your sounding board. You can go back to them and say, “Here, we’re having trouble. I’m having trouble getting the kids to this location or I’m having trouble getting over to the house to pick them up at this point in time. Can we adjust it?” For the financial side, the couple that we just spoke about came back at one point and said, “We have to adjust this because somewhere we’re going wrong. She’s got more money than we thought now, after her expenses, and I have less. So we need to readjust and kind of figure out what we have to do.” They wouldn’t have been able to do that if the divorce had already been finalized. We gave them that opportunity to test drive it.

Bob is founder of Collaborative Practice & Mediation Services, Inc. a firm providing financial analysis in divorce, and business mediation and a founding partner in Divorce Innovations. Bob is a Certified Financial Planner, Certified Divorce Financial Analyst, and Registered Mediator and Arbitrator with the Georgia Office of Dispute Resolution. Bob is a Founding Member of Academy of Professional Family Mediators, Past President of Family Mediation Association of Georgia, Past Board Member of Georgia Council For Dispute Resolution, National Association of Tax Practitioners; Past President of the Collaborative Law Institute of Georgia and a founding member of the Atlanta Collaborative Divorce Alliance.

END_OF_DOCUMENT_TOKEN_TO_BE_REPLACED

One thought on “How to Test Drive Your Divorce”