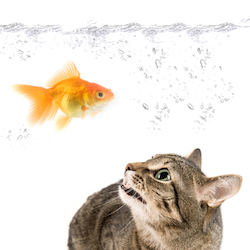 There’s a new novel out titled, “The Kindness of Enemies”  and I wish I’d thought of that title first!

At thirty I didn’t have any enemies and never thought I would. At thirty-eight, as my first husband went from friend to foe, in what seemed like minutes, I had my first enemy and hated it. I was shocked and appalled because I hadn’t remembered my parents having any enemies. I just thought nice people didn’t.

It wasn’t until 50 plus that I truly embraced the thought that sticking up for myself and what I believe in might end up creating a few enemies and, strangely, this might even be a good thing.

In this case ‘enemy’ refers to those who wish harm upon us, but not necessarily in a life threatening way. The ‘kindness’ of our enemies is that they keep us sharp, on our toes, thinking outside the box, as we try to avoid their metaphoric arrows. To really fight an enemy well, you paradoxically need to see things from their perspective. Generally we avoid this too.

Any amount of difference can create fear of judgement and a strong wish to avoid conflict. Even my most liberal friends who profess to support and encourage difference have relatively homogenous social circles.

Since my job requires me to get to know anyone who walks into my office at as deep a level as they allow I have the fairly unique honor of getting to know people from very diverse backgrounds in a deeper than surface way. It has been good training, although this has admittedly been a far easier to do at work than in my personal life. My job is to help, not hurt. Both therapist and client tend to be on board with this basic premise, so our fight/flight mechanisms can be turned way down. I get to ask the questions and not expose my own vulnerability. For both of us, this is a win-win.

Interestingly, in this process I learn, over and over, that what motivates people in general tends to be similar: we want to protect who we love and what we have, to hide from shame and fear; to accomplish more than our ancestors; to be happy, healthy and find meaningful work and true love. With healthy boundaries it’s relatively easy to be on the same page, wanting these things for myself and my clients, realizing, over and over that it’s not a zero sum game. There is plenty for each of us. No need to fight, be jealous, or hate. Real life is not always this easy.

In real life when I don’t understand the backstory I see how much others can project onto me or I project onto them all our feelings of inadequacy, fear, hurt, loss, blame, shame. My enemies have done this to me more than my friends. And then of course there’s always the odd ‘frenemy’ or two! But with true enemies, I become the linchpin for their most complicated feelings of jealousy, unfairness, fear of being judged, or worse, taken advantage of. In these cases I have often felt at the mercy of the other’s projection. By this I mean being blamed for what they are afraid of in themselves. It often feels like these become ‘no win’ situations. They are fighting with their own shadow side but they have given it my name. Once I had to end a long term best friendship when I said, “Sometimes I’m afraid you judge me”, and she replied, “But I do judge you”. And I knew she meant, harshly. And I knew that deep down she judged herself harshly too, but I was a much easier foil.

I’m sure it’s something about the way I was raised that made me think it was okay to let others take from me, either money, self-esteem or good will, and to keep believing that this would make them love me. This may sound foreign to those of you not raised this way, or at least obvious why it would fail. But for me, I have had to learn, over and over, that you don’t need to ‘make’ true friends love you. They just do. My worth is inherent to them, even though they are fully aware of my flaws. They forgive my lapses and I forgive theirs.

I used to think all of this took tons and tons of work. I still know it takes work, but not the pound of flesh it used take in some of my earlier relationships, and deep down I knew that even that pound would never be enough.

Part of the value of having an enemy is that in order to find the courage to fight on our own behalf, we must know our own worth. When my first marriage was falling apart, my father suggested I use the same divorce attorney he had used leaving my mother. I was mortified that a generation later I was in such a ridiculously similar boat, but desperate, I agreed. That lawyer said that my parents divorce had been used in many lectures as a model of amicability. I knew then that he would contrast my divorce as one of his nastiest in future lectures and so I never went back.

I spend hours in my own practice, and in my own life helping myself and others believe in our worth. But the truth is no-one teaches you what you value and how much you value yourself, more than an enemy who is trying to take it all away.

Each time I meet someone who is trying to put me down, or take something precious from me, I become a little less conflict avoidant, a little more confident in my own worth and my ability to stand up for myself. I think, believe and hope that this confidence is turning me into an even nicer person: One who is tolerant, and curious about diverse opinions, yet unafraid to speak my own mind also, in real life as well as in my office.

END_OF_DOCUMENT_TOKEN_TO_BE_REPLACED

One thought on “The Value of Enemies”