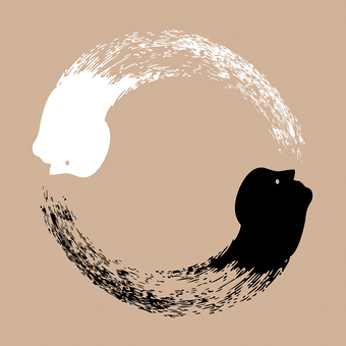 by Natasha Horsley~
“Don’t be a pussy.” Most of my male clients don’t actually say this out loud, but sometimes I say it out loud for them, just so they know its okay to say what they are really thinking. I think it’s strange that the word, “emasculated” doesn’t have an equivalent for our gender. I suppose most women do not want to be described as “butch”, but it doesn’t have the same feeling of dread that the word, “emasculated” implies. Or perhaps “butch” is just not used as frequently.

Maybe its easier to suggest femininity. I can wear make-up, jewelry and heels. But I can also wear a suit and carry a briefcase and still be seen as womanly.

Men are not afforded as much flexibility. The gender seems to carry with it more rigid rules of what is okay for a man to do (or wear) that will not threaten his perception of being male. To this day, most of my male clients arrive in therapy thanks to a female Doctor, a girlfriend, a mom, a woman. Whereas, most of my female clients find me through word of mouth or the internet. I think this is because therapy is not seen as , “manly”. Although women also often attach a stigma to therapy, it is not because it is seen as too “womanly”. Perhaps this helps them feel freer to pursue therapy for themselves and also encourage it for the men they love.

Once in therapy, my experience is that men are equally as able to reflect, contemplate, and sort things out in healthier ways, as women. However, there are obvious differences in the process. Men are often less dissociated from their aggression than women. It is refreshing for me when these men perceive their aggression as constructive and not only destructive, and that they already know speaking their minds does not make them, “bitches”. Often, I have to help these men tone down their natural aggression. As one of my clients says, “I only have a hammer in my tool kit!”. Although, there are plenty of men who run from conflict also. They are not afraid of being “bitches” of course, but of being perceived as “jerks”. And most typically of all, my male clients have both tendencies, just like I do.

Outside of being afraid to be seen as “jerks”, by far the worst fear I see my male clients struggle with is the fear of being taken advantage of in some way. Of course women experience this fear too, but for men, this is what they are afraid will make them look like “pussies”. It is certainly an additional obstacle to overcome for men who have been abused.

It’s interesting that one of the worst insults for a woman is a “bitch” (a female slur) and one of the worst for a man is a “pussy” (also a female slur). We have heard so much recently about our “rape culture”, and it is tragic and true. Perhaps we need to go a bit deeper though, beyond the obvious wrongness of it, and wonder what makes some boys and men reject girls and women so violently? Clearly a part of it must be that they are rejecting the feminine in themselves; the part of them that could be or has been victimized?

To this day I hear adults say things to boys that they just don’t say to girls, “Big boys don’t cry”, “Man up”, “You’re gay”. Heck, we often say, “Man up” to women too. Whatever is perceived as feminine is insulting. No-one ever says, “Woman up”!

The word that men seem to have the hardest time with is “vulnerability”. Women don’t like it much either. It is life-affirming for me to help both my male and female clients learn that it is as strengthening for us to allow ourselves to be vulnerable, as it is for us to reclaim our aggression and speak our minds. It reminds me of the Yin-Yang symbol, which assigns male and female aspects of us the exact same shape but in a different color. At different times we may each experience vulnerability (feminine) or aggression (male) more or less intensely (sometimes white, sometimes black), but essentially, we are not that different from each other.

We have luckily had a huge push in our culture, to allow girls the same experience as boys: to be athletic, aggressive and competitive. I think we need to catch up, and have an equal and opposite push to allow boys to be more fully themselves, including their more “Yin-like” aspects. At the same time both genders need to stop stigmatizing things thought to be feminine, like vulnerability. I know its threatening to our survival when we are vulnerable, and we need to master survival as well as we can, partly by learning to stand up for ourselves in healthy ways. But once we have mastered survival, vulnerability is the essence of thriving because its only when we are vulnerable that either gender gets to experience true intimacy.