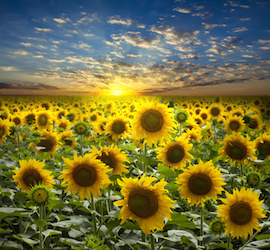 All of us have felt embarrassed, uneasy and even some sense of shame about the way we handled ourselves in a particular situation or relationship.

This sense of regret touches deep vulnerability about circumstances we wish we had handled differently.

Often the response is a strong and self-protective sense of determination to avoid future damage to our sense of self and integrity.

The risk in this approach is creating a wall against the emotions and intentions which contributed to the specific hurtful interaction.  We limit understanding and our ability to learn for the future by considering the matter only from a tactical perspective.

If I feel taken advantage of by a romantic partner then I may regret having been open about myself or the amount of generosity I showed the person.

If in response during the immediate aftermath of feeling hurt, I simplistically resolve to never again be in a relationship, then I’m cutting myself off from a ripe opportunity to know myself more thoroughly.

At the times we are most hurt we are also most capable of understanding and redirecting our emotions and intentions.

To continue the earlier example of being taken advantage of by a romantic partner, I’d ask if I noticed early warning signs from this partner about their receptivity to me, as well as what I did with these signals.

Very often people silence the gnawing of their intuition and make excuses, minimize or dismiss what in fact alerts them to areas about the relationship which would benefit from clarification.

“He didn’t mean it”, “he’s like that sometimes”, “his friends all complain about that”, “he tells me he’s not serious when he says/does that”.

What gets pushed aside are your own true reactions.

These are also the most meaningful ones to use for guidance.

Eventually  the emotions within which we ignore pile into a mountain of disappointment which cannot be ignored.

Together with the unrealistic tendency of generous hearted people to imagine others as similarly kind and willing to love as themselves, the foundation for regret is set.

Instead of giving your love blindly, love your intuition and self-awareness.

Allow these to guide you toward others as honorable as you.