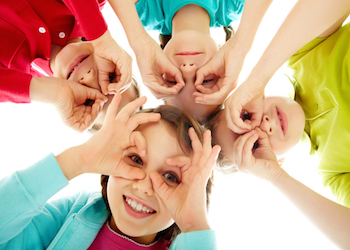 We have certainly seen a lot of politics lately, having just completed both the Republican and Democratic National Conventions. It’s no secret that the Presidential race this year is a bit heated. On top of politics, our news has been flooded with violence, lately. And, each political party has been weighing in on that violence.

Each candidate loves to hear themselves talk, and ‘throws mud’ at the other side—or sometimes, it seems like it’s gasoline they’re throwing. And the cheering squads on each side? Well, they often times are even worse! Often times, the talk is down-right abusive. I personally can’t stand the inflammatory rhetoric, but in this electronic age, it’s difficult to get away from.

Is there any wonder why children learn to yell and holler with much the same rhetoric? Children see their parents, aunts, uncles, grandparents—adults doing it. After all, children learn what they live. Why not chime in? One of the most difficult things to do during these highly contentious political races is to filter what nonsense your kids are exposed to, teaching your kids how to weigh the pros and cons, and how those fit with their own values, needs, and rights, and how to still practice respect in the face of differing opinions.

Is there any wonder why some children learn to become bullies, sarcastic, insensitive, prejudicial, and participate in violence and racism? Many Americans are becoming desensitized to it—it seems that everywhere we look—there’s an example staring us in the face. How can anyone celebrate the death of someone’s child, a police officer, or someone else? How can anyone encourage retaliation for a wrongdoing with the goal of bringing harm or death, bully someone, or participate in a racially-charged persecution? As someone who’s experienced violence—it’s unconscionable.

As a mother, my heart aches when I see a mother mourning the loss of her child, or a mother mourning the loss of her child’s other parent to retaliatory violence. What ever happened to “Thou shalt not kill?” As someone who’s been on the receiving end of violence and abuse, and raising a child who’s dealing with the ongoing ripple effects of abuse, I can tell you for certain—it’s horrible. Isn’t anyone who’s participating in violence, violent speech, prejudicial speech, abuse, or bullying, even considering the long-term impact on children? I think not.

There’s a difference between some good, old-fashioned banter, versus speech filled with malice. If anyone thinks for one minute that derogatory comments, threatening rhetoric, violence, or racism doesn’t and won’t have a lasting impact on the children who witness it—they are wrong. Democrats, Republicans, Independents—it doesn’t matter which political party participates—the same applies.

Studies show that children who are exposed to violence or abuse—verbal, emotional, physical, or sexual (acts which permeate the entire person), are at risk for decreased self-esteem, isolation, anxiety, depression, academic issues, dissociation, fragmentation—the list goes on. How many studies have to take place before everyone will listen to, and heed the results? We have not only an opportunity to, but an obligation to nurture our children. One of the first steps we can take is to be a good example—doesn’t matter what side of the political spectrum you’re on.