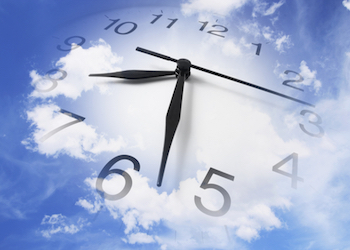 Each day consists of 24 hours, 1,440 minutes, 86,400 seconds. Some days seem to fly by and others drag on…and on. How time flies depends on what you’re doing on that particular day.

At the end of the month, I’ll attend a wedding. The wedding planning began 10 months ago immediately following popping the question and presentation of the ring! There have been so many meetings, appointments, tastings, hair appointments, make up sessions, showers, parties, texts and emails regarding the big day. The ceremony starts later in the day but the activity for the bride, her bridal party and her family will begin as soon as the first one of them opens an eye. Let the excitement begin! There will be a gaggle of family and friends to wish the bride and groom much joy and happiness – forever!

There’s another big day at the end of the month. I’ll escort a client to divorce court, a client in her 60s. She will attend her first hearing in family court to begin what she believes will be the official beginning of the end of her 30+ years of marriage. She doesn’t know what to expect, what to wear, what they’ll say, or the possible outcomes.

She is anxious about this day, several weeks away, and she can’t seem to get clear answers to the questions she has. She talks about this day with great trepidation and wonders how she’ll get through it. She is making every effort to prepare but she’s not sure how. She reads and re-reads the emails from her attorney and tries to make sense of them. How is it that she doesn’t understand the language? She’s highly educated and is retired from an enormously successful career. But she’s overwhelmed by divorce and often refers to it as the worst thing that’s ever happened to her.

On that day at the end of the month, she won’t be surrounded by family and friends to support her. They may send her messages but she’ll be alone. At the end of the day, it will be over. And when she wakes up the following morning, she will be thankful it’s behind her.

Each day is just one day, 24 hours, 1,440 minutes and 86,400 seconds. Both days will be emotional and probably tearful. But when the new bride wakes up the next morning, she’ll smile at the memories and her husband. When the woman on the road to divorce wakes up, she’ll sigh with great relief to know that she survived and maybe even “won” a small victory. That’s probably the best she can expect.

It’s another day in our life. Some fly by and others will drag on…and on. Some we’ll so look forward to and others we’ll dread. But we know that each day will begin with the rising sun and end with the setting sun. Here’s to more days that fly by with joy and happiness.