Home / Editorial Monthly Focus / If You Went Back to “Self” School 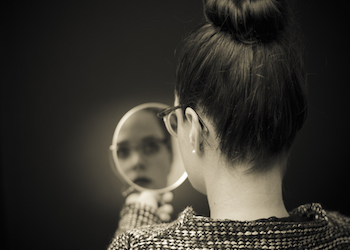 During all the hopeful anticipation of a new academic season, to be among familiar classmates and develop new relationships with other students, September also encourages us to naturally review and plan for how best to advance our inner lives.

What areas of your life would most likely benefit from time and energy in close examination and improvement efforts?

In contrast to January’s New Year’s resolutions, Back to School season is about slow and steady learning which eventually changes our practical lives.

In January people proclaim high minded goals with little regard for their preparedness and awareness of necessary details for successful followthrough.

People aspire to correct major areas of their lives such as the categories of foods they eat, their physical fitness level, knowledge and style of financial management or their understanding and ways of interacting with others.

To feel entitled, enthusiastic and willing to reach the dignified goals of New Year’s resolutions is obviously good in itself!

To give up effort shortly after goals were created because they felt unreasonably demanding and were not realistically paced, is disappointing and common.

In September people are focused in a more practical and systematic style on goals which are closely based on previous experience and/or knowledge.

In September no one enrolls in a calculus class unless they’ve taken the prerequisite Algebra classes, for example.

No one would be admitted to any type of higher level class unless they’ve successfully completed the earlier levels.

So what if we applied similar sequential learning to our own lives?

Our chance for success in reaching desired change would increase.

If instead of an overwhelming leap from familiar foods with less nutrition and more food chemicals to unfamiliar non-processed foods, someone gradually introduces the “next level foods”, then the adjustment to new food sensation changes of smell, taste, and texture respects the body and mindset’s natural limits.

People are more likely to feel happy when change occurs from a position of respect than overwhelm.

Try this stepwise method of change in September.  At the very least when January 2018 comes around you’ll know which method to apply if you decide to make New Year’s Resolutions!