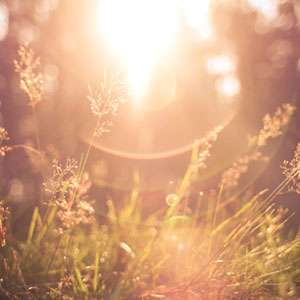 by Betty Long, RN~If we’re lucky, we’ve had someone in our lives who thought we were ‘the cat’s meow.’ Someone who loved us unconditionally, made us feel like we were special, and helped us believe that we could do anything.

I was reminded of this last week when I spoke with the grandson of an elderly woman who had died after a six-month decline and multiple admissions to the hospital. In my work as a patient advocate, my interaction with her son and daughter-in-law was brief as I had gotten involved in her case during a stay at the rehab center. In just a few days, upon her return to the acute care hospital, her son decided that his mom had ‘had enough’ and that her recovery from this recent admission would be difficult. He placed her on hospice and within two days she died.

I had never met the grandson, but he called to thank me for my help and for ‘really caring’ about his grandmom. He told me that “She was my best friend. I’m 18 now and a senior in high school but growing up, she would be here to meet me after school or if she couldn’t be here, she’d be waiting for my call to tell her about my day.” I could feel the pain of losing her in his voice. We talked about their relationship, of her ups and downs in the healthcare system, how he visited her every day in the rehab facility and of how he never got to say goodbye. The last time he spoke with her was just prior to her readmission to the hospital.

He asked me questions about her multiple conditions, about what had likely happened to her and why she was not able to recover. He wanted to understand, it seemed, and maybe wanted to know could there have been anything else that could have been done. I explained as best I could about what I knew and empathized with him that he wasn’t able to see his grandmom before she died. I told him that “It sounds like you and she had a special relationship and you took really good care of her while she was alive.”

What struck me during this conversation was clearly how much this young man loved his grandmother and how much of an impact her love for him had had on him. And while I know that years from now he will look back with great appreciation for all the gifts she had given him, I also knew that this loss had left him sad and grieving. I encouraged him to find someone at school, maybe a teacher or a counselor who he might feel comfortable talking with. I suggested that maybe he might find solace in writing or in playing music (he told me that he was a classically trained musician). And I recommended that if he liked to read, he might find some support in “The Courage to Grieve” by Judy Tatelbaum, a book that I found very helpful after my mom died.

My heart broke for this young man yet I could only offer him my empathy and support. I know that his pain will lessen over time and that he will likely be stronger not just from experiencing the loss, but because of the love that his grandmom expressed and displayed for him every day. She clearly made him feel special, and loved, and one-of-a-kind. I’m terribly sad for him that she’s gone from him too soon, but I am glad that he got to feel that “you’re the cat’s meow” feeling in his young life. And I hope that you, too, have someone in your life who made you feel that way.

As a registered nurse working in greater Philadelphia-area hospitals over the past 27 years, Betty Long’s experiences as a nurse and manager proved to her that maneuvering through today’s healthcare system can be daunting, especially when you don’t have someone to help you navigate the system. Care decisions, insurance decisions and coordination of treatment services can overwhelm even the savviest consumer. Those experiences, and other more personal experiences, led Long to launch Guardian Nurses Healthcare Advocates in October 2003. Guardian Nurses provides advocacy services for clients, both private and corporate, all over the United States. The driving mission for its nurse advocates is simple: to act as representatives and advocate for their patients. And since nurse advocates work independently of hospitals, doctors, insurance companies and government agencies, they can be a strong voice for patients in all areas of the healthcare system. Nurse advocates understand healthcare issues from the viewpoint of caring for the patient and of the medical professionals trying to provide care. Nationally, Long’s advocacy work has been featured on The Dr Oz Show and National Public Radio’s Marketplace and Marketplace Money shows and various print publications. www.GuardianNurses.com

END_OF_DOCUMENT_TOKEN_TO_BE_REPLACED

2 thoughts on “A Grandson’s Grief”