Home / Blog / Blended Families: How to Beat the Odds and Make them Work 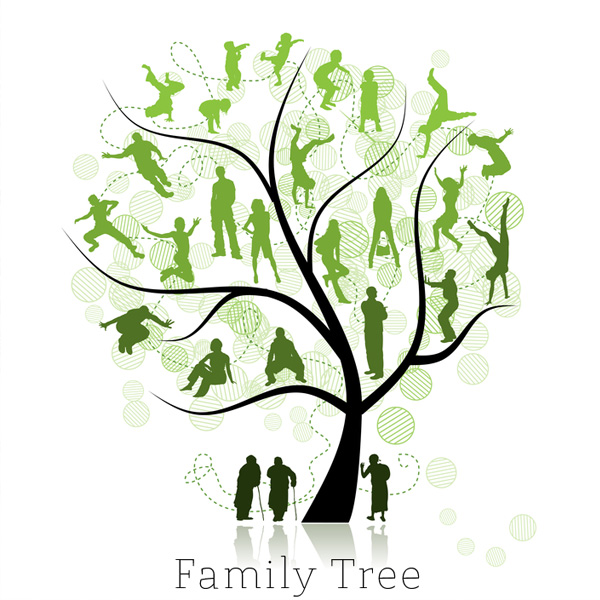 There is a lot of controversial literature out there about whether or not divorce effects children badly. There are some longitudinal studies that suggest that children are effected badly at first, but adjust well, for the most part, over time. There are other studies suggesting that divorce not only shaves 4 years off the life of the parents, but the children effected by it as well.

My job, as I see it, is how I can maximize those positive effects and minimize the more brutal ones.

I wouldn’t doubt the statistics that say it can take years off your life. I certainly believe it effected my parents that way. I look around at their sets of friends from the 1970s and 80’s when they were still together. Their friends and family who are still married have definitely lived longer, happier lives than they did, or than their friends and family members who also divorced. This is true even of people who had terrific struggles early on in their marriages, but somehow stuck it out.

My own parents both died way too young. Science would not attribute this to their divorce. I know that. But science doesn’t really know what to attribute it to either. Most other people in both of their families are much more long lived, unless they died early of severe alcoholism.

60 – 73% of re-marriages end in divorce, as opposed to 40% of first marriages. Let’s imagine that the “shaving years off your life” statistics are true, it is common sense then that subsequent divorces would worsen this statistic.

This reasoning alone has provided me the motivation to do whatever I can to figure out how to make my own blended family work. And of-course there are other reasons, namely, of-course, that I love my husband and I love my children.

Interestingly, a lot of the research on both sides, neglects to talk about love. Perhaps because it cannot be quantified. But it seems like the essential ingredient, or glue, if you will, in making a marriage work. The research does try to say things like: there are five factors that make a marriage work: “Personality Compatibility, Communication, Conflict Resolution, Shared Leisure, and Couple Flexibility.  (see The Remarriage Checkup: Tools to Make Your Marriage Last a Lifetime, by Ron L. Deal and David H. Olson, January, 2010).” This is helpful in terms of skill building in marriage counseling, but somehow it also feels too dry.

Probably, the primary blessing in my own experiences of divorce has been to devote myself to trying to figure out what love really is. Shakespeare’s line is one of my favorites: “Love is not love which alters when it alteration finds.”

The problem, I believe, with making blended families work, is that there is a lot of alteration. The one area in this subject in which I am not a subjective expert, is being a step-parent. It’s hard to imagine a more difficult role. Maybe mother-in-law!

I imagine that learning how to love someone who is not of you or from you, is pretty easy when the child is little and cute. It must sometimes be unfathomably hard when they become bratty, angry teenagers. Or adult children who are still grieving the loss of their original family, and act like you are a pariah. All of this when you are the person who helps house them, clothe them and is, as one client called it, the generally willing “Step and fetch it boy”. Add in a protective biological parent who gets angry with you for being angry and no wonder these marriages fail more than they don’t.

So how do we figure out how to love, beyond, over and through all these “alterations”? My own answer to this question always goes back to figuring out how to love ourselves at deeper and deeper levels.

Everyone always tells children that the divorce was not their fault. They are saying this to be kind. They are saying this because they know its what children secretly fear. But if I secretly fear that my dress is ugly, and you say, “Your dress is beautiful”, what are the chances I’m really going to believe you? This is something we have to figure out from the inside, and it takes a lot of time, and often therapy. At least it did it my case. Because I knew it did have something to do with me. Heck, my parents wouldn’t even have gotten married if it wasn’t for me. They had the proverbial 1960’s shot gun wedding because they were already pregnant with me.

So it was actually disconcerting when people said it wasn’t my fault. Or, “you’re being too hard on yourself”. Because I instinctively knew it was more complicated than that. I knew my Dad had struggled with the mistake to conceive me early in his relationship with my mother, and the decision to become a family man at 19. It took a long time to realize that although I was fundamental to these problems in his life, it really hadn’t been my choice to be conceived!

Over all, I have been supremely grateful to him and my mother, for their choice to keep me and raise me and give me siblings and eventually a step-family too. I like being on the planet, having the chance to figure all this stuff out. So, we learn and we learn that blessings of who we are outweigh the curses of who we are. And this is love. We learn that if this is true of us, it’s probably true of almost every body else as well, even our bratty, ungrateful teenage step-children. But we have to learn it about ourselves first.

And this “love” thing is the thing that makes everything else work, if not perfectly, at least imperfectly.