Home / Divorce / How To Emotionally Divorce Your Ex 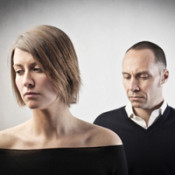 I was married in 1985 at the age of 25 for fifteen years. Starting in September I will be entering my fifteenth year of  divorce. 15-15-15. Married fifteen, divorced fifteen in the year fifteen. This is a milestone. I couldn’t imagine what my life would be like fifteen years down the road. Fifteen years ago I was busy being angry, resentful, feeling tied to my ex forever. I was desperately seeking for all of those feelings to just go away, for him to go away.

The divorce was granted in September of 2000.  Money, property, and custody hammered out. It was over. We were divorced, now separate. So if we were divorced why didn’t I feel like I was separate?

This was compounded by my friends and family. They morphed into what they believed were avenging angels, they weren’t. They were constantly bombarding me with negativity, blaming and judging everything, wanting me to hate him. I was frustrated and upset all of the time.This was not what I wanted for myself nor my children.

I felt defeated and confused. I started to pay attention to all the other people who were divorced and noticed they were experiencing the same thing. It didn’t seem to matter if the kids were little or grown up, married for a short or long time. Some people were still experiencing it even years later. The only thing we seemed to have in common was we were divorced. It finally dawned on me that I may be physcially divorced but I wasn’t emotionally divorced and neither were they. The physical divorce may have happened but emotionally not even close. I didn’t want to be that person years later, but I didn’t know what to do.

I was so mired in the anger, blame and judgement circle that created an emotional attachment not an emotional divorce. Some of this I knew was a natural given the event. I knew it was necessary to have people be on my side. However, at the end of the day it just put me right where I didn’t want to be, emotionally married to the person I wanted to be emotionally divorced from.

A few months later I was sitting at my kitchen table going around in my emotional circle yet again. All of a sudden it was as if I turned a light switch on in my brain. I thought enough of this. I decided right there that this sad circle jerk ended. I didn’t want to continue killing myself and my children. It was crystal clear that my ex was not the problem, nor were my avenging angels. I was accountable for this entire circle and it was up to me to emotionally divorce myself. With that thought calm settled over me and everything seemed to magically change. Well, not the events or people. The calm was due to the internal change. I was determined to stop focusing on blame, judgement and anger. deciding to put all my energy into peace, balance, acceptance and forgiveness.

That new thought was the first piece of my emotional divorce. It was a long road and it wasn’t easy. I prefer the magic wand effect, but of course that doesn’t exist. So I practiced what I preached putting in effort and dedication. Even when I slid backward I forged forward, I was worth it.

New thoughts, new feelings, new actions, equaled new life. I saw freedom from my emotional attachment. I didn’t know it at the time but I had just empowered myself by using the principles of life coaching and positive psychology. I had set the goal to create an emotional divorce. I aligned my actions in the real world to support this inner decisions. Some of the tools I used then have become standard practices now, like gratitude, meditation and journaling. I challenged my thinking, used my strengths and focused on positive healthy emotions. I even talked about finding new meaning and purpose out of this painful event, major ingredients for recreating my life.

Sharon Roth-Lichtenfeld an ICF Certified Professional Life Coach bringing many years of expert professional experience along with many years of personal knowledge and understanding of loss, grief and forever changes. She is the Co-Creator of Afterwards and the signature Afterwards Program. Afterwards is the next step and is the critical link from being supported through therapy and support groups to actually gaining the ability to flourish after the first year of a major life transition. To learn more visit www.afterwardsprogram.com