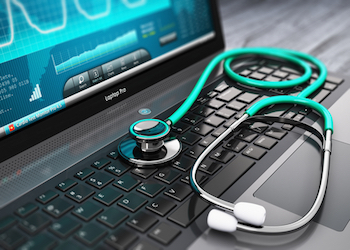 Ever feel like you’re walking on eggshells, or feel like someone may rip the carpet right out from under your feet? Lots of times, right? Thousands of Americans are feeling that right now. With the recent polarizing Presidential election, and the promise to “repeal and replace” the Affordable Care Act (ACA), healthcare now has a ‘front row seat’ in uncertainty.

For every American who is anticipating a repeal and waiting to celebrate, there’s another American who is anxiously fearful of that very thing. Many Americans credit President-elect Trump’s win to the lack of real, down-to-earth ability of Secretary Clinton to get to know middle class America. Regardless if that is the case, one thing is clear—if President-elect Trump and Congress can’t figure out a viable remedy and simply repeal the ACA—we all stand to lose. Each and every one of us runs the risk of the negative ripple effects of a repeal with no replacement.

For example, what if you lost your job tomorrow? What if you or a loved one was diagnosed with a catastrophic illness such as cancer, or gave birth to a premature baby, or was in an accident and left paralyzed? If any one of these happen, and the ACA has been repealed, the issue of pre-existing conditions and lifetime limits on coverage become ‘front and center.’ Where is our sense of empathy for those less fortunate, those hurting, or those in need of help?

If President-elect Trump would put forth the effort of getting to know the Americans who have benefited from the ACA, in the same manner he took in getting to know those who despise it, perhaps, we would see the ACA evolve, instead of disappear. It’s no secret that the ACA isn’t perfect, but it’s certainly better than what we had, which was exclusion of pre-existing conditions, lifetime limits on coverage, tens of thousands of people unable to obtain health insurance and unable to receive the care they need.

The high and increasing cost of health insurance is probably the biggest complaint about the ACA—not very affordable of an Act, is it? If this is overall the biggest issue, then why not work to focus energies on fixing this aspect, instead of a complete overhaul? Why remove all that is good about it, as well? Instead of Americans having to forego insurance coverage because the cost of the penalty is less than their unreasonable premiums, why not work together so that all can have health insurance?

As someone who’s worked in the ‘trenches’ of healthcare, I’ve seen what it’s like for individuals who don’t have insurance coverage, and therefore don’t receive care until there’s a crisis. That being said, I’ve seen what it’s like for individuals who have great health coverage, yet don’t embrace the concept of accountability and take care of their bodies, and they’re like a revolving door in and out of the hospital. Make no mistake, both examples drain resources from our healthcare system, but just because one individual has health insurance, is that person more worthy of care? Certainly not. Everyone deserves healthcare, just not everyone can afford it.