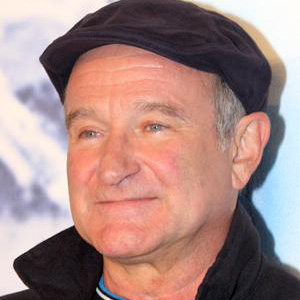 Robin Williams, a comic genius who so many of us have loved growing up with, has died, apparently of suicide, at 63. Addiction and depression seem like they are the two primary culprits again. Unfortunately, men fare worse than women when these illnesses become fatal.

We know from the CDC (Center for Disease Control) that when men attempt suicide they are four times more successful than women, even though women tend to think about suicide more. The CDC statistics also report that the rates of suicide for men age 25-65 have increased recently.

The big, unanswered question is why suicide is increasing for men in mid-life. A recent Esquire article discussed two possible factors: The Werther Effect, which says that suicide increases the more we hear about it, or know someone who has suicided, and the current culture of loneliness caused by technology and the recent recession.

I would add two more factors: the first is that there is still a major stigma, particularly for men, in terms of acknowledging a problem with depression and getting treated for it. Robin Williams told Terry Gross in 2006 that he had not been diagnosed with clinical depression (or bi-polar disorder) but that he “gets bummed” sometimes and added that he thinks others do too.

Reading between the lines, it sounds like something people say when they think of depression as a weakness or moral flaw. When depression is perceived this way it makes it harder to ask for help. Adding to this, needing help is also often seen as a weakness. Ideally, we will begin to realize that ultimately, true strength, for both genders, lies in knowing when we need help, and finding the best help we can.

Secondly, I think our culture’s increasing focus on secular humanism has a hand in this crisis. Secular humanism is a philosophy that looks to humans more than religion for a sense of meaning in life. Religion, for all it’s wrongs, provides another source of community. Belonging to a community often mitigates the need to ask for help: people just know if you are in trouble. Without it as an additional resource, we have an even greater need to overcome our stigma about needing help, and we need to learn how to recognize when we do and leave no stone unturned until we find the help we need.

END_OF_DOCUMENT_TOKEN_TO_BE_REPLACED

2 thoughts on “Robin Williams, The Latest Casualty of Male Depression”