Home / Life Help / The Secret Life of a Therapist 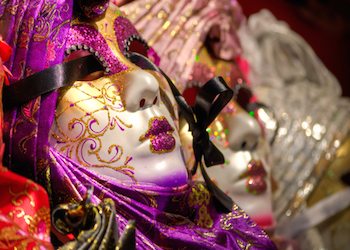 Am I Truly Boring?

All the things I could write about, I want to write about boredom. Once when I was 18 my father said, “If you don’t stop talking like this Natasha, people are going to think you’re boring.” By, “this” he meant like someone who had just come from her therapist’s office and was desperately trying to convert him to the wonders of therapy as well.

Now that my sons are 18 and 20, sometimes they also look like they are going to die of boredom when I speak. Yesterday my eldest said, “Mom, this is the hundredth time you’ve said this to me”. And by “this” he meant something you would say when you had just come out of your therapist’s office, only this time, I’m the therapist. And the mom.

Let’s all shudder now in secret gratitude that your own mom is not also a therapist.

But the truth is I don’t think I’ve been half bad at either. There is often raucous laughter not just tears coming out of my office and my clients actually get better. It may take them awhile. Hey I’m not a miracle worker, but the fact that most of them actually get better is pretty cool.

My second son just went to college. Both are in good colleges. They are handsome, well-liked and really smart! My youngest daughter, having been part of her brothers’ lives, not only knows what she wants to do when she grows up but her three top choices of University as well, and she’s only nine!

And if you knew the instability I came from: alcoholism, multiple marriages, eating disorders, moving many times, cut off relationships, depression, parents who died too young, then I think you’d be even more impressed.

And I don’t really feel boring. I made a toddler in an airport laugh her head off yesterday. I can play peekaboo in any language. I can beat an 18 year old at ping pong. I am an adventurous world traveler. And I’m also pretty flexible, just ask my yoga teacher.

Sometimes though its the combination of being a mother and therapist that feels like its taught me most about the secrets to the universe. But when I say to my son, “Make wise judgements not harsh ones. Find the beauty in imperfection.”, somehow it just comes out sounding boring.

Well maybe the secrets to the universe really are boring. And maybe another ‘secret’ is that at the end of the day people have to find them out on their own. But maybe being boring isn’t really such a bad thing either.

It’s like the Chinese curse, “May you live in interesting times”. Well, I had a very interesting childhood, and I’m here to tell you that being ‘boring’ is worth its wait in gold by comparison.

I guess my real problem is that in addition to be accused of being boring, there really aren’t a lot of external kudos in the whole being a good mom/therapist thing.

When was the last time you heard an academy award winner credit their therapist? If they are mentioned its never by name. I mean, never. Believe me, I’ve listened for it.

We’re supposed to keep you confidential, not necessarily the other way around! Luckily, mom’s get more credit.

My children give me beautiful mother’s day cards. They will probably stay in a place of honor forever. Letter’s from former clients are also kept in a place of honor, like the time a 4th grader wrote an essay for her class about her hero, and it was me! But these are mostly secret, hidden kudos, because the only thing worse than being boring is being thought a braggart!

But why is it okay for politicians, actors and sports stars to shine and not us? Honestly, why do they get all the honor? I bet a lot of moms, therapists, nurses, teachers, doctors out there agree with me. And heaven forbid there is a profession out there so boring I even forgot to mention it. Social workers? In advance, I apologize.

We complain about it enough and we get a special day here or there. And its truly lovely to get breakfast in bed every once in awhile. But mostly I try to convince myself that being a good therapist/mom is its own reward. Or that I’m spoiled, and obnoxious for wanting more. I do a pretty good job of both.

But honestly, shouldn’t there be a flag somewhere? A red carpet? A salute to those of us willing to be accused of being boring?

My father had a building named after him. He deserved it for everything he did for other people’s children. I honestly don’t need a whole building. Just the occasional chance to wear a fancy dress and perhaps a Facebook post that says publicly, “Thank you, insert therapist or mom’s name, for having my back no matter what. You helped me become who I am and I’m so grateful. You’re the best, even or especially when you’re boring and I don’t mind who knows it”.

END_OF_DOCUMENT_TOKEN_TO_BE_REPLACED

One thought on “The Secret Life of a Therapist”