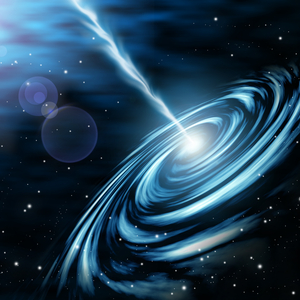 by Rabbi Richard Address~I am a fan of Star Trek. The original, not the ersatz spin-offs. My friends and I used to gather in my room at the seminary on the evenings the show aired and spend a wonderful hour with Kirk and Spock instead of Talmud and Hebrew grammar. Not infrequently, the Enterprise would reach the edge of the “neutral zone”, the boundary of the frontier, beyond which travel was dangerous.

There be Klingons there! Not infrequently, this reminded me of some of the challenges inherent in the issue of parenting in a divorce situation. It seems that there are boundaries there, and to cross those lines, is to tempt fate and often, discord.

I speak from a lifetime of experience. I grew up with a series of stepparents. I replicated that experience in my own life. My wife and I, married now for almost 25 years, never had a “conversation” about parenting; however, we each came to understand, almost intuitively, that, when dealing with the other’s child, we needed to respect each other’s boundary.

Each of us had, and still maintains, different parenting styles. That negotiation is crucial to the parenting process. Co-parenting in a divorce situation sounds ideal. In reality, however, it is much less “co” and much more “shared”. Remember, there are the ex-spouses who also figure in to the parenting equation. In an ideal situation, adults can at least agree on approaches to children. However, ask any clergy or lawyer or therapist about these situations and I can bet you that they will have no problem recounting situations where triangulation and manipulation were more the norm.

Divorce is never easy and the mythology of the “blended family” is fine for TV sit-coms, but often takes serious work on the part of adults and children to become a reality.Jealousy of roles within a family when new arrangements are created is as old as the Bible. The classic example of this is from Genesis and involves the story of Abraham, Hagar and their son Ishmael and their rather destructive relationship with Abraham’s wife Sarah and their son Isaac. No co-parenting there, by any means!

Yet, within this story, and within our own families who have to confront this reality, I suggest that serious spiritual issues reside. Children often must deal with their own identity formation while trying to deal with new family arrangements. It is easy for a young person to get “lost” as they try to please a parent, blend with a new step-parent, a maybe sibling, and stay loyal to other, perhaps, non custodial parent. Likewise, the adults in such situations also need to confront their own identity and the changes that take place, especially when there are differences on parenting approaches.

We are now seeing another trend that may also add to the challenges of new family situations. There have been, in recent years, a growing number of reports citing an increase in baby boomers seeking divorce. A recent NPR broadcast looked at “Older Americans’ Breakups Are Causing A ‘Graying’ Divorce Trend” The broadcast, and follow up article, notes a study that reports that now 1 in 4 people over the age of 50 are getting divorced.

The piece researched why so many boomers have chosen to divorce. An important aspect of this reality however, is the follow up to co-parenting following a divorce, which would logically be the issue of grand parenting. With this reality you add another layer of people who have to create a meaningful and mature policy of dealing with children. What is it like now to be a grandparent who must navigate their own biological grandchildren as well as the children of a stepchild while negotiating the needs and desires of the former spouses? This, of course is not fiction, but a reality that is being played out in ever increasing number of families.

Family systems in our world continue to be more dynamic, complex and varied. To enter into these new realities without some serious communication between parties as to how far one may go, or can go, in dealing with each other’s children and grandchildren is to set you up for conflict and stress. There are boundaries beyond which we go at our own peril. It is best to know them beforehand. Knowledge is truth that can head off conflict.