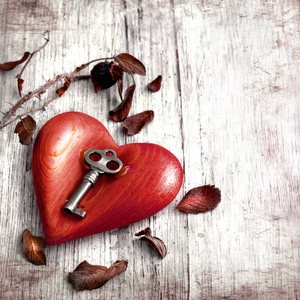 by Bev Borton~Health is different for each of us. Not only because each of our bodies is different, but because we have thoughts and ideas about health unique to ourselves. Recent studies imply that the state of our health lies with our definition and consciousness about it.

“It’s not what happens to you, but how you react to it that matters.” ~Epictetus

A study mentioned by social psychologist and Harvard professor Ellen Langer in a recent interview had people go to sleep for the same amount of time, then awaken to read the time on a clock. Without their knowledge, for some participants the clock had been slowed down, for others it was sped up, and for some it was accurate. You can guess the results. Those that thought they had less sleep, physiologically tested out with physical indicators of less sleep. In the perception of time, what matters more may be our belief about it.

A study performed by Langer herself divided 84 chambermaids into two groups. One group was told about the calories each of their daily tasks burned and that according to the Surgeon General, they led an active lifestyle. The other group was told nothing. A month later, physical measurements were taken and there was a reduction in the blood pressure, weight, and waist-to-hip ratio among the women in the first group. A change in the perception that their work tasks were “exercise” seemed to make the difference.

Add to that, research has remarkably shown that people with multiple personality disorder can manifest different physical conditions for each personality. How can that be? For example, one personality may have a scar, allergies, or disease, while another will not. Even eye color can be visibly different among personalities. You can imagine the challenge for a doctor to treat or medicate one personality at the risk of harming another within the same body.

Bruce Lipton, a cellular biologist, states that a placebo will often improve ailments at the rate a medication would. Dr. Lipton said, “What that means is that your mind will adjust the body’s biology and behavior to fit with your beliefs. If you’ve been told you’ll die in six months and your mind believes it, you will most likely die in six months. That’s called the “nocebo” effect, the result of a negative thought, which is the opposite of the placebo effect, where healing is mediated by a positive thought.”

So let’s consider how mindful or mindless we are being about our health. Dr. Lipton says there is a real possibility our subconscious brought about conditions for the diseases we may have, yet we can’t be expected to change overnight the conditioning we have had in society since birth to keep up with the new findings. We can, however get rid of any guilt and shame and rewire ourselves in a positive way.

We can take responsibility for cleaning up our words and ideas about our state of health.

1. What worries can you let go of and replace with attention on what is healthy and right? In other words, don’t give up today to worry about tomorrow.

2. What new things can you notice? Especially about yourself and those you live with. Five (5) new things a day, recommends Ellen Langer. People will come alive! Less good will be taken for granted. Active noticing like this, also known as mindfulness, can unlock the brain’s natural pharmacy.

3. To what extent can you live as if whatever is happening at this moment is the last opportunity you will have? We can focus on making this moment what we want it to be-one of well being.

Imagine your health and the words and ideas you attach to it. Change your mind and your body will change as well. It may or may not bring a cure, as we are not all as advanced as the research implications. But there will be healing.